Official results are in

IBEW Local 613 Business Manager Kenny Mullins and President Kevin Swanson were both re-elected to another term during the 2020 Officer Elections, held Sept. 25.

Originally scheduled to take place in May, the election of officers was rescheduled to Sept. 25 due to the COVID-19 pandemic. In order to best comply with Centers of Disease Control (CDC) recommendations, local, state, and federal guidelines, Local 613 mailed ballots to all members with complete instructions on deadlines and how to submit their ballot.

There will be a run-off election for the Financial Secretary position, which will be held on Oct. 16, 2020.

A total of 1,091 votes were cast in the IBEW Local 613 2020 Officer Election. Not every ballot included a vote for every position. The votes were tabulated and verified by MK Election Services, LLC.

The results are listed below, with winners highlighted in BOLD.

All elected officers will be initiated during the regular union meeting on Oct. 20.

Congratulations to everyone who ran for either an officer or delegate position. IBEW Local 613 appreciates all the hard work and dedication you put toward our Local to make it better than the previous day.

President/Delegate to the International Convention

Business Manager/Delegate to the Int’l Convention

Delegate to the International Convention A

Delegate to the International Convention BA

In accordance with Article XVII, Section 9, of the International Constitution the local union... 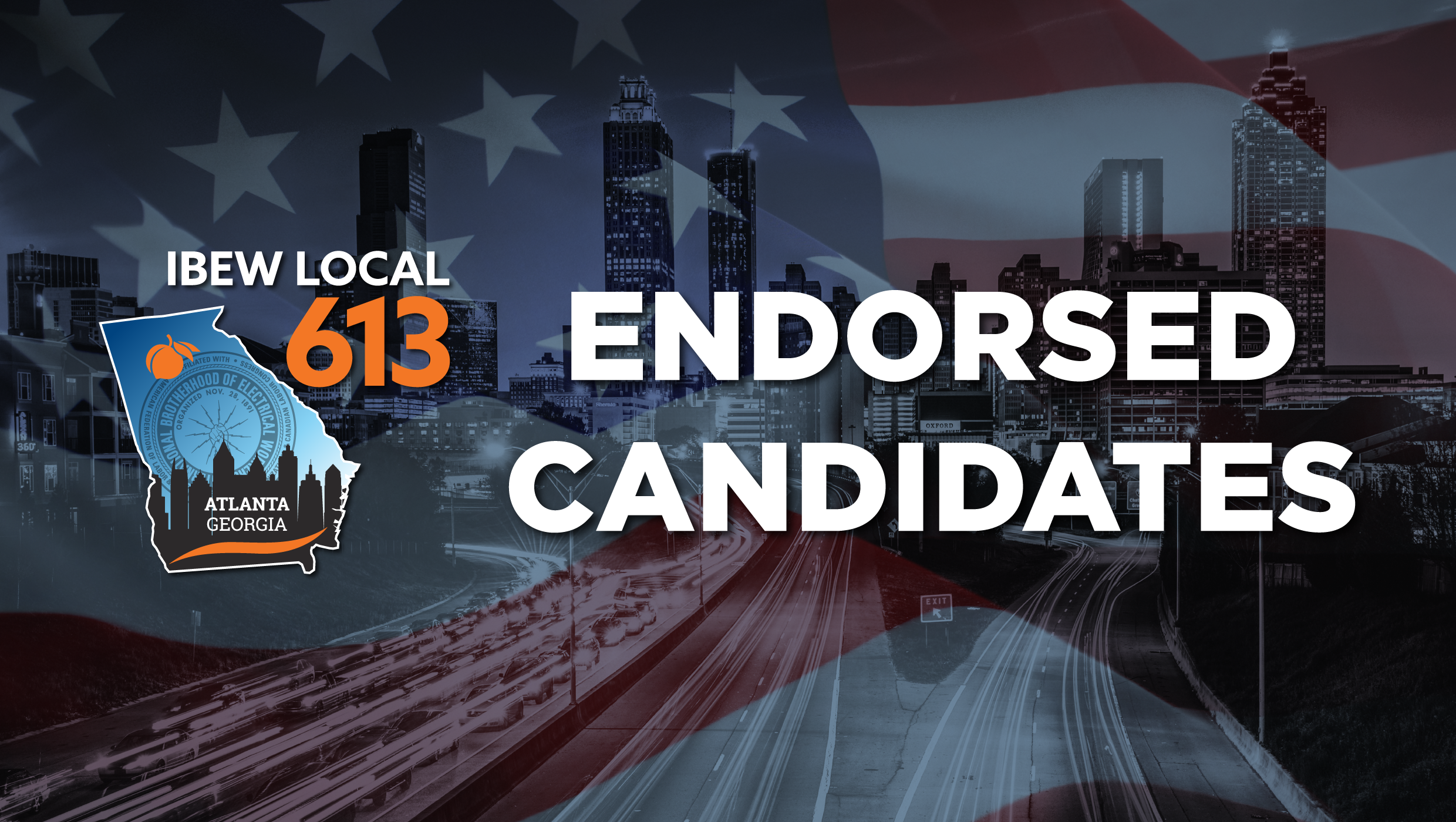 The upcoming election has provided an opportunity for IBEW Local 613 to share the endorsements of...

Leading up to the 2020 Veterans Day, IBEW Local 613 would like to take the time to recognize and...